TV is Far from Dead for Retailers 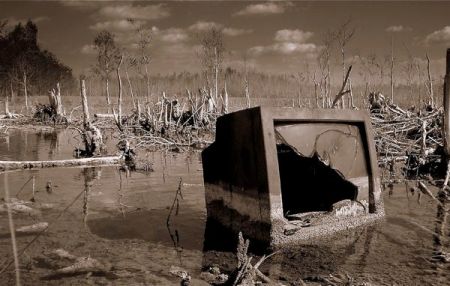 While the internet and social media elites rant and rave about the death of television advertising, the facts tell a much different story.

A July 2009 Harris Poll learned that more Americans found TV commercials helpful when making purchasing decisions than any other media source. An impressive 37% to be exact.  17% of the survey respondents said newspaper ads were useful and 3% said radio.  Internet banner ads, on the other hand, were mentioned by the fewest people – a paltry 1%.

It’s hard to believe that just a few years ago we were being told that banner ads would revolutionize the advertising landscape.  I may add, by the same folks who have been beating us over the head with the “TV’s Dead” mantra.

In fairness though, not everyone has become bleary-eyed from the new media cool-aid.  Carol Krol, eMarketer senior analyst, admits that “TV still does the best job of reaching a critical mass of customers.”  She adds “It remains the most effective way to boost brand awareness.”

Need more proof that TV is still alive and kicking, just ask a teenager.  According to a report titled “How Teens Use Media,” teens are watching more television than ever before, up 6% over the past five years.  In between all that texting and twittering, the typical teenager still found over 104 hours a month to watch good old fashioned TV.

Don’t get me wrong, I’m not negating the impact of online media.  It’s a new and powerful communication tool (as proof by this blog), but it needs to be put through the same tests as you would with any traditional media vehicle.  In the end, some of it will work and some of it won’t.  If anyone tells you differently – run away.

Following every new media trend that comes along can have costly consequences – just ask those who invested heavily in banner ads.  I bet some of them now wished TV wasn’t dead …

This entry was posted on Friday, August 7th, 2009 at 9:11 am and is filed under Trends, TV advertising. You can follow any responses to this entry through the RSS 2.0 feed. You can leave a response, or trackback from your own site.