Fear not, teens are still watching…

The greatest fear among those in the TV industry – that teens are turning away from television – is not happening. On the contrary, teen TV viewing is increasing at the rate of 2.5% a year, according to a recent Los Angeles Times article.

In the March 9, 2012 article that references a new report titled “Why the Internet won’t Kill TV”, we learn that while teens embrace new platforms like Hulu and YouTube, their consumption of TV continues to grow.

Teens currently watch almost four hours of TV a day, up from roughly three hours spent in front of TV in 2004.  In comparison, teens on average watch only three minutes of video a day via computer or smartphone.

4 hours vs. 3 minutes. No reason, in my opinion, for TV executives or advertisers to be pacing the floors at night.

Will TV eventually fall from grace?  I’m sure it will.  “Everything” does.   But the key word here is “eventually.”

The LA Times article goes on to say that even if there were indications of teens watching less TV, it would take at least two decades “before it significantly impacts the size of valuable TV audiences for advertisers.”

Not two days or two months or two years, but TWO DECADES.

At the risk of sounding overly simplistic, I would argue that worrying about TV’s eventual demise, at this point in time, makes as much sense as riding your bike to work because you’re worried about the eventual depletion of fossil fuel.

Just a few years ago, only the big guys could afford to shoot their commercials on 35mm film, while smaller companies had to settle for the harsh, cheap look of video tape. 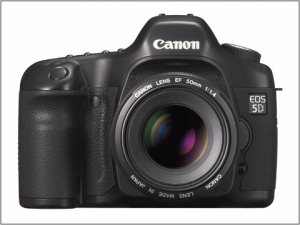 The Canon 5D Mark II Digital Camera evens the playing field by delivering stunning, film-like images for 85% less. This Hi-Definition camera does it all from producing shallow depth of field to delivering rich, realistic scenes under low lighting conditions.  The camera is so amazing, so film-like, that the Director of Photography for the award winning TV show “House” shot the entire 7th season on it!

And with the Canon 5D, you can do a lot more with less. Gone are the days of 15 person crews… lugging lights and equipment from scene-to -scene.  A shot that took almost two hours to light for a film shoot, can now be lit to the same exact standards with a two-person crew in less than 45 minutes!

Here’s hoping it won’t be wasted on the same low-end concepts?

Times Are Changing, Are You?

A recent survey of Chief Marketing Officers has reinforced what everyone should already know: TV still works, but not by itself.

In a panel discussion hosted by Fast Company, CMOs all across the U.S., agreed almost unanimously that television advertising is still an important part of their marketing strategies and won’t be going away anytime soon.

However, with the changing times, comes changing strategies. No longer can any retailer rely solely on television to save the day.

While TV advertising remains, in my opinion, the single best way to raise brand awareness and pique interest … it must be supported by a vibrant online presence. With more and more pre-purchase research being done online, it’s just plain foolish not to be using TV to steer consumers to your website.

This commercial is a good example of how Best Buy is using TV to get people to their website. A website, by the way, that gets nearly a billion hits a year!

Today’s winners are companies, like Best Buy, that understand that in order to compete, they must deliver on both fronts – Offline (TV) and Online.

Like it or not, the genie is out of the bottle. The way consumers interact with brands today has changed – have you? 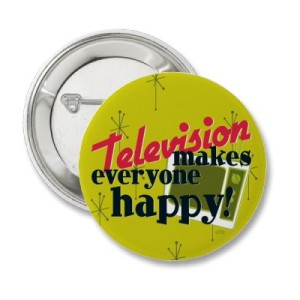 After taking a beating the for the last two years, traditional media companies, especially TV networks, appear to be leading the way out of the longest and most severe recession in 70 years. This according to a recent L.A. Times article.

TV networks like Fox, CBS, ABC, TNT, TBS, USA and Fox News – have benefited the most as retail advertisers snap up all available commercial spots and doing so by paying much higher rates than they did just five months ago.

Here’s how David Levy of Turner Networks sums it up:

I think it goes a bit further than that. In tough economic times, retail advertisers can ill afford to speculate on what may work, so they gravitate to what they know works.

Could be why many retailers are no longer as eager to buy Internet display ads as they were two or three years ago, when companies were steering million of ad dollars to online sites.

“There is still a big push toward digital and online video, but the Internet display advertising market is challenged,” said Greg Kahn, senior vice president of strategic in sights at Optimedia. “There is so much clutter in the space, and advertisers have begun to question the effectiveness of those online display ads.”

Kinda like what those leaked emails have done for the global warming debate. 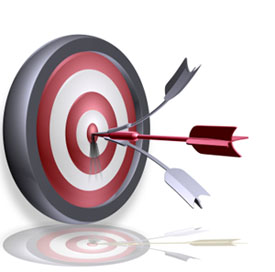 Here are a few things you should know before getting started:

1) Focus on Gross Rating Points, not number of spots
Experienced buyers don’t focus on how many spots they can buy. Instead, they concentrate on market exposure – measured by the number of gross rating points (GRPs) a media schedule delivers to the target demographic. What use is a boatload of commercials, if nobody’s watching?

2) Don’t Pay too Much
Most professional buyers consider cost efficiency their highest goal. Their focus is simple: reach the most people in their target with the greatest frequency possible at the lowest cost – all while staying on budget. In order to do this, they must master cost per point negotiations, which varies by market. If you’re new to cost per point buying, the SQAD Media Market Guide is a good place to start.  This quarterly publication provides media buyers with average cost per point estimates for all 210 DMAs (designated market areas) in the U.S.

4) Think Demographics and Psychographics
Few products appeal to everyone. Smart media buyers zero in on target audiences who are most likely to buy their product. They consider age, sex and lifestyle habits and then carefully select programs that attract the right consumer. In the age of 400+ television stations, knowing what your customer is watching is vital to your success. Both Scarborough and Media Audit are good resources that will help you zero in on your customers’ media consumption habits.

One final note: think twice before handing over your media buying to an administrative assistant. Either hire an in-house professional media buyer or an ad agency.  Media buying requires a skill set that requires years of experience to do right. And a very short time to do wrong.