TV Advertising – Stronger Than Ever 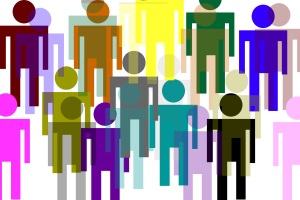 Everyone is selling something.  As soon as you realize this simple fact, the sooner you’ll be able to see through the “TV is Dead” smoke screen perpetrated by those who are, yes “selling” digital services.

Most new media folks are like the partisan politician who is unwavering in his position even when the facts prove otherwise. It’s the classic “if I say it long enough … it must be true” approach.

Well, they can stick to their “TV is so yesterday” talking points, but the facts just don’t add up.

TV is stronger than ever. This, according to the largest privately-owned, full-service direct response media agency in the country. And TV is not losing its luster.

“Rather than fragmenting the marketplace, emerging video platforms like broadband and mobile TV are acting as audience multipliers.” Goodman points to innovations like Addressable TV, TV Everywhere and Interactive TV as leading the evolution toward “a harmonious video delivery ecosystem.”

Among Goodman’s top findings are: TV is still the #1 screen. Television viewership remains at hundreds of hours per month, while viewership of broadband and mobile video remains in the low single digits.

“It is reckless to proclaim that any great revolution is taking place”, says Mercury.

So there you have it. Yet more information that dispels what the new media folks would have you to believe on the state of television.  But it won’t stop them though … they’re armed with one heck of a sales pitch, just not the facts.

This entry was posted on Thursday, February 25th, 2010 at 12:37 pm and is filed under Trends, TV advertising. You can follow any responses to this entry through the RSS 2.0 feed. You can leave a response, or trackback from your own site.