That’s what Steve Jobs did. Even though he revolutionized the digital era, he did not think much of the internet as a branding medium. While everyone was jumping on the digital bandwagon, Jobs effectively remained “old school.”

In 2010, Apple spent an estimated $420 million on advertising. Over 90% of that budget was allocated to network television, newspapers, magazines and billboards. Less than 10% went toward digital initiatives.

And when Apple did spend online, it was usually an extension of a TV campaign like the iconic Mac vs. PC ads.

Jobs also believed in controlling the message which files in the face of the current wisdom that consumers should tell the brand story via Facebook and Twitter. Upon his death, Apple barely had a presence on either platform.

Throughout his brilliant career, Jobs created products for the masses. And he wisely chose mediums that targeted the masses. In advertising, as in product development, he relied heavily on his convictions and intuition. He did not rely on “likes” or “tweets.” He took a much more pragmatic approach: tell the story of how an amazing product can change a consumer’s life in the best environment possible. And then he was smart enough to understand that the best environment – then and now – is still traditional media.

All that glitters isn’t gold!

A new survey of marketers conducted by the Association of National Advertisers has discovered something interesting, but not terribly surprising about the new media rage.  According to the survey, more national companies are dedicating larger portions of their ad budgets to new media.  But it also finds more companies questioning the effectiveness of their new media investments.

78% of companies surveyed said that they planned to spend more on new media like online ads, social networks, search engine marketing, mobile and viral video in 2012 than they did this year.  On average, this represents 14% of their total media spending – up from 10% in 2011.

So, with more spending come better results, right?  Not necessarily.  Compared to a similar study in 2009, marketers in general, are complaining that bigger investments in new media are not always producing the desired results.

“While marketers have substantially increased their use of new media platforms over the past few years, they are beginning to question the effectiveness of some of these vehicles,” Bob Liodice, president and CEO of the ANA said.  “The ANA survey indicates a strong willingness by marketers to integrate innovative new approaches into their marketing mix; however, this enthusiasm is tempered by concerns regarding the ROI of these emerging options.”

Or in other words, anyone who thought that new media was going to quickly transcend old media (i.e. television) was perhaps blinded by all the glitter.

TV advertising is not going anywhere, just evolving. It’s always been about getting consumers to act, and incorporating the use of today’s smartphone applications is the newest way to bring more
impact to your TV commercials.

According to a study done by the Consumer Electronics Association (CEA), in 2010, 33% of U.S. households owned a smartphone. With that number estimated to skyrocket to 45% by 2012, advertisers are already starting to adopt the use of mobile applications in their TV campaigns.

Brands like Tide® and Old Navy® have recently integrated the music identification application, Shazam® into current TV commercials. It’s simple too, no typing in long URLs or performing lengthy Google searches. The commercials feature songs, so all the consumer has to do is open up the Shazam® application and let it identify the song playing in the ad. From there they will have options to go straight to that brand’s website, purchase product, etc. With the Old Navy® ad you even have the option to buy the outfit the person is wearing in the ad!

This new trend will not only make TV ads more interactive for consumers, but allow advertisers to more accurately measure the performance of the ads while tracking TV conversions.

Integrating mobile apps into your TV advertisements works well all around – the consumer gets to interact with the ad while the advertisers are able to more easily direct traffic to brands’ websites. Shazam® is just the beginning; as this advertising tactic grows, the variety of applications available for integration will most likely grow as well.

In an analysis of television ads across all product categories, Nielsen found that in general, live action ads were more effective than animated ads.

For all major categories, live action ads scored 22% higher than animated-only ads in Brand Recall — which is the percentage of TV viewers who can recall the commercial and its adverted brand 24 hour after viewing it.

Live action creatives were more effective than animated ads across all major demographics as well. While live action ads resonated equally among both genders, Brand Recall was 27% stronger for females and 17% stronger among males than for animated ads.

Adults 35 to 49 saw a 24% increase in brand recall for ads that used live action vs. animated. The gap did shrink among viewers aged 13-35, who only showed an 11% change between live action and animated creatives.

When looking at consumer packaged goods specifically, ads in the personal care category appeared to struggle the most when using animation. For certain personal care products, brand recall was twice as high among spots using live action vs. an animated theme. 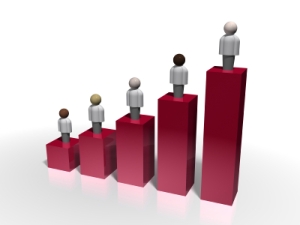 It seems people are beginning to change their tune on the demise of TV advertising.  According to a June article in Advertising Age, auto advertisers are back and apparently they have brought some new advertisers with them, “charging in and sucking up all the available inventory.”

“I think there might be a re-examination of television,” Ed Atorino, a media analyst at Benchmark Co. told the magazine.

Apparently this re-examination has uncovered the value of targeting a large-scale television audience that can’t be found elsewhere.  For the many advertisers who still rely on the masses to keep their doors open, the need still exists to reach lots of people – cost efficiently.  A feat that remains hard to accomplish exclusively with digital-savvy customers who hop along a myriad of websites, Twitter feeds and Facebook pages.

TV may look dowdy compared to a lot of the new technology taking center stage, but its intrinsic power has proven hard to beat.

TV still has it challenges ahead, but for now, when it comes to reach and impact – it still remains the only game in town.

That’s exactly what I want to tell advertisers who continually complain about how television has lost its effectiveness.

You won’t see Progressive Insurance complaining. The company recently blew away analysts’ expectations with a 27% jump in quarterly profit. They also noted the fifth straight quarter in which their auto policy counts have been up.

It appears the television commercials featuring “Flo” are winning over more than a few new customers for Progressive. The quirky cashier’s appeal is grabbing market share faster than she can fire off another zinger.

Now back to the problem with TV advertising?

It’s pretty basic. It always has been. Engage viewers with something compelling, add in a relevant, unique selling message and stay consistent with it. And most of all, keep an open mind.

How many Insurance company executives would have thrown their agency out the front door if they presented them with commercials featuring a talking gecko … or a bunch of cavemen stuck in the ‘80s … or a sarcastic cashier sporting a tricked-out name tag with “Flo” emblazoned on it?

What would your reaction be?

TV will continue to deliver excellent ROI, but only for those retailers willing to step out of their comfort zones. 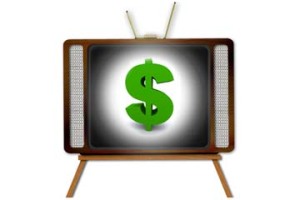 After 27 years in the advertising business, I have been exposed to all kinds of propaganda, and I’m sure I have been guilty of propagating some myself.  But, I have always tried to base mine on logic.  So when I hear the social media people tell me that television is fast becoming a thing of the past, I must question the logic in which they base this claim.

Or that Americans spent over 36 hours a week watching TV last year compared to 4-hours a week using the Internet?

Perhaps they also forgot that 35% of all advertising dollars will be directed to TV advertising in 2010.

Even if they were aware of these facts, I’m sure it remains a mystery to them “why” television remains so popular.

So, let me clear up this mystery as succinctly as possible. Consumers continue to purchase TV sets, at a record pace, because they simply enjoy watching what’s on them. It’s passive entertainment. It requires them to do absolutely nothing, but switch it on. A comforting concept in today’s overly active world.

TV receives 35 cents of every ad dollar spent because it works for its advertisers. Despite the debate over Push vs. Pull marketing; there’s apparently more than enough consumers who are still happy to be “pushed” into stores all across America.

And from a retailer’s standpoint, coming off the worst recession in 70 years, I can’t think of a better reason “why.”

TV Is Not Dead
Blog at WordPress.com.